“Oh no, Barihun, you’ve chopped the legs off your crocodile…Try to follow the black line you just drew!”

“Oh Jenisha, where’s its mouth, oh look, you’ve cut it in half!”

“Cut around the eyes, see they look like little hills, go around them, not straight!”

“Cut some triangles, remember, a triangle has three sides and three points.” These are for the spikes along the crocodile’s back, but cutting triangles is such fun that most end up as tiny fragments that can hardly be seen, let alone stuck on.

Twenty little kindergartners with scissors is of course a bit of a recipe for disaster. Most of them have hardly seen scissors, let alone handled them.

It’s their weekly art class and last week they painted the paper with different shades of green and blue spots and streaks and then smeared the wet paint with the ends of their brushes to make patterns. Loads of fun and hard for anything to go wrong.

Today we began by fairly successfully doing a guided drawing of an outline of a crocodile’s head and then the body with legs and tail. They used black crayons on the back of their pieces of painted paper. Then the fun began as the scissors were handed out and grabbed like tiny croc-destroying weapons. 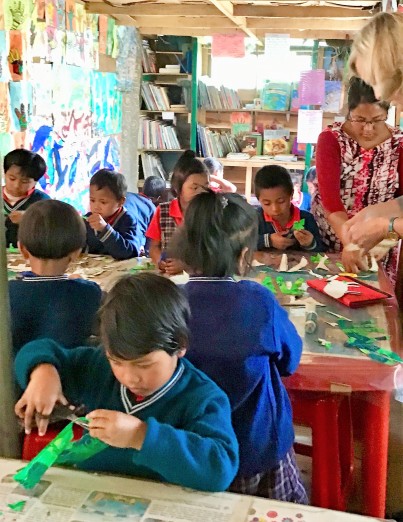 But we glued bits back together, connected heads and tails to bodies and we have some delightful little crocodiles to add eyes and teeth to next week and then send sailing down the river Nile. Uh oh, more triangles for the teeth!! 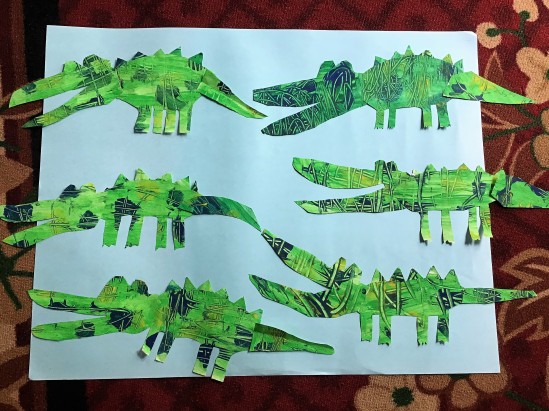 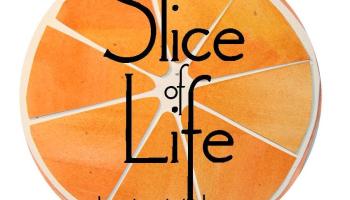